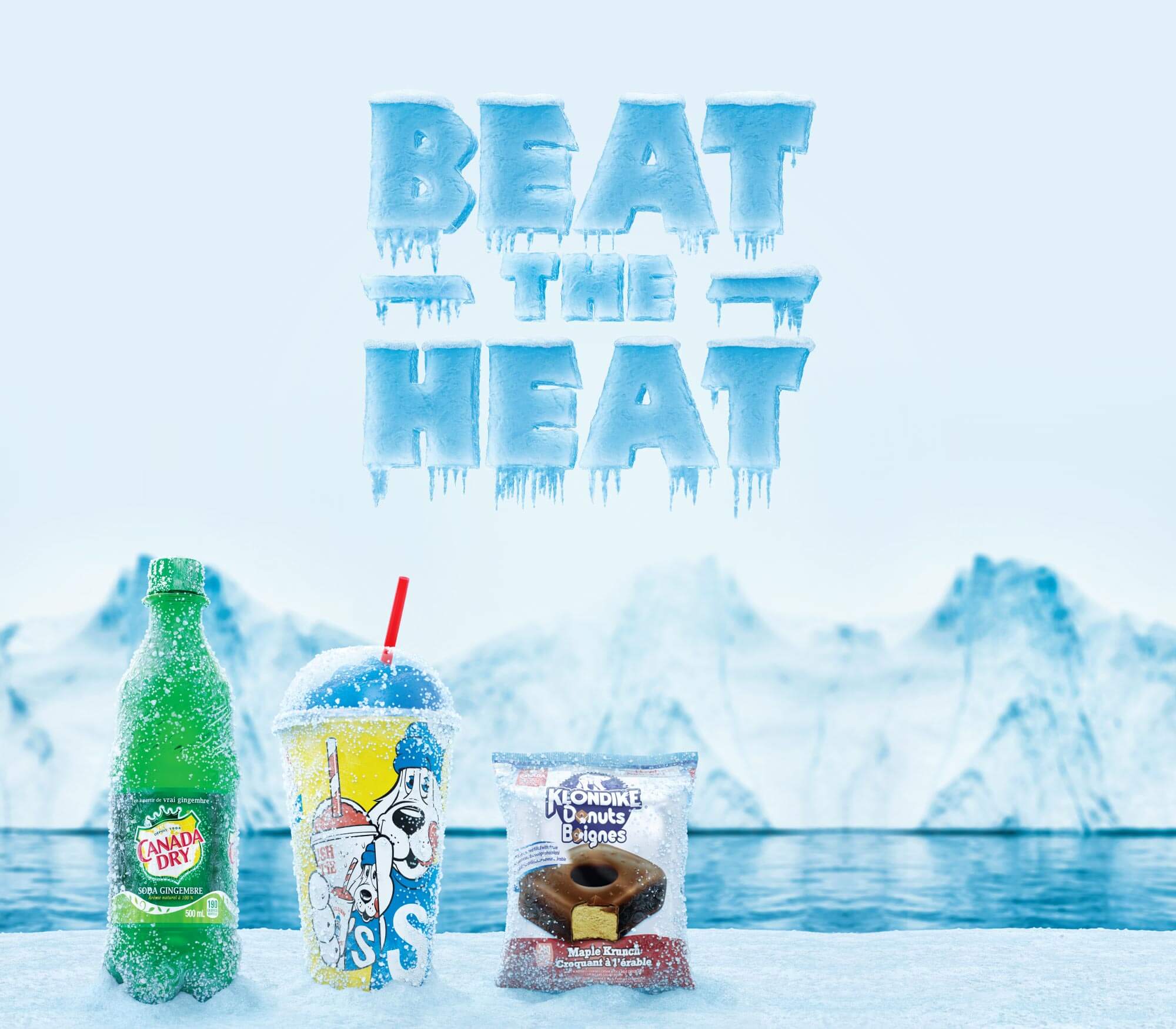 The Beat the Heat Contest (the “Contest”) is held in the province of Ontario by Parkland Corporation (hereinafter the “Contest Organizer”) for the Pioneer brand from June 21 (12 a.m. EST) to August 15 (11:59 p.m. EST), 2021, inclusively (hereinafter the “Contest Period”). This Contest is governed by these official rules and regulations (“Contest Rules”). By participating in the Contest, each entrant agrees to abide by these Official Rules, including all eligibility requirements, and understands that the results of the Contest, as determined by Contest Organizer and its agents, are final in all respects. The Contest is subject to all federal, provincial and local laws and regulations and is void where prohibited by law. The contest is in no way sponsored, endorsed, administered by or associated with Facebook.

The Contest is open to residents of Ontario who (i) have reached the age of majority in their province of residence, with the exception of the Contest Organizer’s employees, representatives, and agents, those of any company, corporation, subsidiary, or other legal entity controlled by or related to the latter, the participating establishments, suppliers of materials, promotional, advertising or other service entities relating to the Contest (the “Contest Parties”), as well as any member of their immediate family (brothers, sisters, children, father, mother), their legal or common-law spouse, and individuals with whom such employees, representatives and agents are domiciled. This Contest is Void in Quebec, where taxed, restricted or prohibited by law. By participating in the Contest, participants agree to be bound by the Contest Rules.

No purchase is necessary to enter the Contest. Eligible individuals must enter the contest by liking the Pioneer Facebook page @PioneerEnergy and commenting the contest post.

Limit of participation. There is a limit of one (1) participation per person per contest post. Entries are only valid for the next applicable weekly draw during the Contest Period.

A total of thirty-five (35) prizes are available to be won, each consisting of a $25 gift card (“Grand Prize”). Five (5) Grand Prizes will be awarded each week in accordance to the detailed schedule outlined in Section 11. All amounts in these Rules are in Canadian dollars. Winners that participated to the contest on the Pioneer Facebook page will receive a Pioneer gift card by mail.

The following restrictions apply to the Grand Prizes: Pioneer fuel branded gift cards are valid in participating fuel branded service stations. Gift cards have no value prior to their activation by the Contest Organizer. The Contest Organizer is not responsible for any lost, stolen, or damaged cards. Cards are not redeemable for cash. No refunds will be available. Cards are subject to other terms and conditions imposed by fuel supplier.

Prizes must be accepted as such, without possibility of substitution.

Odds of winning depend on the number of eligible entries received during the Contest Period.

Below is the official schedule of the Contest highlighting the first and last day of each weekly draw as well as the time of the draw.

A random draw to award the Grand Prizes will be held in accordance to the below schedule at 4030 Saint-Ambroise, suite 236, Montreal, QC H4C 2C7. Five (5) eligible entries will be randomly selected each week from a server-generated list of all entries received each week of the Contest.

HOW TO CLAIM A PRIZE

Once selected for a Grand Prize, the entrant for which the entry was chosen randomly must, before being declared an official winner:

If a selected entrant(s) is (are) found to be in violation of one of the aforementioned conditions or any conditions stipulated in the present Contest Rules, he/she will be disqualified and a new draw for the Grand Prizes will be held.

Verification. All entries are subject to verification by the Contest Organizer or its representatives. Any entry that is fraudulent, illegible, incomplete, or otherwise non-compliant, will be rejected and will not be eligible to enter the draw or win a Grand Prize.

Disqualification. The Contest Organizer reserves the right to disqualify a person or cancel one or more entries of a person if he/she enters this Contest or tries to do so by any means contrary to these Contest Rules or which would be unfair to the other entrants (e.g., use of entry forms obtained by fraudulent means, entries received after the Contest deadline). Such entrants may be reported to the appropriate legal authorities.

Acceptance of the prize. The prizes must be accepted as described in these Contest Rules, and cannot be transferred to another person, in whole or in part, or substituted for another prize.

Limitation of liability: use of the prize. The winners release the Contest Organizer, the Pioneer service stations, their affiliates, their advertising and promotional agencies, their employees, agents and representatives (hereinafter the “Released Parties”) from any and all liability for any damages they may suffer as a result of their participation in the Contest, whether or not in compliance with these Contest Rules, as well as those resulting from the acceptance, use or misuse of his/her prize. Failure to comply with the Official Rules will result in disqualification and forfeiture of the Contest prize.

Limitation of liability: running of the Contest. The Released Parties are not liable for faulty computer components, software or communication lines relating to the loss or absence of network communication, or relating to any transmission that is faulty, incomplete, incomprehensible, or deleted by any computer or network, and that could limit the possibility or prevent any person from entering the Contest. Furthermore, the Released Parties are not liable for any damage or loss that may be caused, directly or indirectly, in whole or in part, by the downloading of any Internet page or of any software or other program, and by the transmission of any information related to participating in the Contest.

Modification of the Contest. The Contest Organizer reserves the right, at its sole discretion, to cancel, terminate, modify, or suspend this Contest, in whole or in part, in the case of an event or any human intervention that could corrupt or affect the administration, safety, impartiality, or the running of the Contest as foreseen in these Contest Rules, In any case, the Contest Organizer and the Released Parties cannot be held liable for cancelling, terminating, modifying or suspending this Contest, in whole or in part, in compliance with these Contest Rules.

Authorization.Authorization. By participating in this Contest, the winners authorize the Contest Organizer and their representatives to use, if required, their name, photograph, image, voice, place of residence and/or declaration regarding the prize for advertising purposes, without any compensation whatsoever.

Prize limit.In all cases, the Contest Organizer shall not be required to award more prizes or to award a prize other than the one described in these Contest Rules.

Communication with entrants.No communication or correspondence will be exchanged with entrants in connection with this Contest other than in accordance with these Contest rules or at the initiative of the Contest Organizer. The complete list of winners will be available at pioneer.ca/beatheheat.

Exclusive property.All entries are the property of the Contest Organizer.

Identification of entrant.For the purposes of these Contest Rules, the entrant is the person whose name is registered to the Facebook account and the person to whom the prize will be awarded if he/she is selected as and declared the winner.

Divisibility of sections.If a section of these Contest Rules is declared or deemed illegal, unenforceable or invalid by a competent court, that section shall be considered invalid, but all unaffected sections will be applied within the limits of the law.